Through the generosity and compassionate spirit of many, including a $1 million lead gift from the State Employees’ Credit Union, the dream of a Hospice House is becoming a reality for the people of our rural mountain region.

After numerous years of thoughtful planning and fundraising, Hospice House Foundation of WNC hosted a groundbreaking ceremony on February 22, 2019 at 272 Maple St. in Franklin, site for the future SECU Hospice House.

Volunteer Orientation & Training
Our Volunteers provide a variety of different support services, which make what we do in the community possible. It is a special person that is willing to give time, talent, and energy to help others at this most critical time in their lives. Four Seasons Hospice and Palliative Care is hosting a two day hospice volunteer training on: This training is very exciting and informative about what hospice does for patients and families. You will meet the hospice team director, nurses, social workers and chaplain among others during the training. This a Medicare approved training.If you don’t want to do patient care, you can just take the Monday orientation to learn more about hospice, and other ways you can help out. If you decide to go further at that time you can. Those of you who have already had the training, but want to renew your status only, need to take the Monday course. To register, call Christy Kelly, Volunteer Coordinator for Four Seasons Hospice at 828-551-8827 Christy will want to have a volunteer package prepared for you.  272 Maple Street, Franklin, NC 28734.  See more at: http://hhfwnc.org/how-to-help/#sthash.0oPM6epd.dpuf

By Travis Tallent
as featured in the Macon County News

Current and future Macon County recipients of palliative and hospice care recently got some good news. Four Seasons Compassion for Life who is the operating arm of the future Hospice House to be located here in Franklin, was recently notified that it would be receiving a $9.5 million grant for a pilot Medicare reform program on behalf of the Center for Medicare and Medicare Innovation.

Four Seasons is a non-profit agency that provides an array of services such as hospice and palliative services. It also just happens to be the only organization of its kind to be chosen for the grant throughout the entire nation.

“It is a huge honor to receive this grant,” says Derek Groves, vice president of Sustainable Resources at Four Seasons. “It will give as an opportunity exhibit our model nationwide.”

The organization employs a model called the community palliative care model (CPC) that disregards patient barriers like location, socio-economics, ethnicity, and fragility of medical conditions. The model uses collaboration and integration of palliative care into the health care system, continuity of care across transitions, and longitudinal, individualized support for patients and families. The goal of the model is to limit readmission of patients to hospitals.

Historically, the CPC model has been shown to improve outcomes for patients as well as the experiences of family and professional care providers, says Dot Moyer, chairman of the Four Seasons Board of Directors.

“Four Seasons is being given an opportunity to prove the value of palliative care, and not only to the healthcare industry,” says Moyer. “The patients and families we serve report high satisfaction with their care experiences. Now the high quality of care for which we’re known will become increasingly valued and more widely available, not only in Western North Carolina, but nationwide.”

In WNC, there is an estimated 8,000 medicare recipients along with their families that will receive the benefits of the project with 78 percent being assisted by Four Seasons and the remaining 22 percent receiving care from Palliative Care Center and Hospice of Catawba Valley.

Hospice House Foundation of WNC president Michele Alderson says that though the grant will not directly affect the local hospice house, she is still proud to have such a partner as Four Seasons.

“It is just wonderful to have great partners like Four Seasons,” she said upon the announcement of the grant. “This is a grant that they got to work with in conjunction with Duke University. They were chosen out of all hospices in the USA. This is huge.” 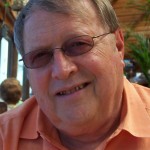 Barbee named as treasurer for HHF By Travis Tallent When the Hospice House Foundation of Western North Carolina was established back in 2005, there wasn’t a whole lot money flowing to the organization. The mission back then and still today, is to obtain funds for the construction and endowment of an inpatient facility for the western counties of NC.
The future Hospice House will be located on Maple Street in Franklin and will provide medical and nursing care for individuals during their final days. Aside from medical professionals, there will be chaplains, social workers, and volunteers on site to assist patients and their families during the difficult times they are facing. In order to achieve this goal, the HHF must raise $4.3 million to accommodate construction costs to the existing home and faculty. Of that initial amount, about half of that has been raised so far.

“We had a treasurer that was an accountant, but with Mr. Barbee’s background running non-profits in Broward County, Fla and his accounting and CPA background, he was a perfect fit for our foundation,” said HHF board member John Baldwin.

When Barbee, Certified Public Accountant, joined the Board of Directors he offered to help the organization. Barbee hails from Rochester, New York and lived in Atlanta, Ga for a 19 years before heading to Fort Lauderdale, Fla, followed by Vero Beach and then ended up in Franklin. He has been a CPA since 1985 and opened a CPA firm here in Franklin in December of 2013.

“I served as a board member and treasurer of Boys and Girls Clubs of Broward County from ’74 to ’04 and wanted to continue to assist a cause here in Macon County,” Barbee said of the non-compensated treasurer position that he began in 2013.

As donations and grants continue to flow in, Barbee’s expertise will be well appreciated says HHF president, Michele Alderson. “I think we can say that we are delighted to welcome John to the Foundation board,” she said. “He brings years of experience in accounting and fund raising.” 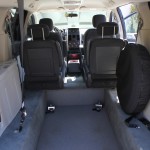